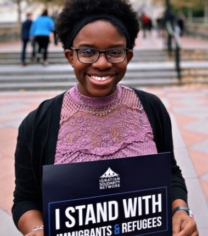 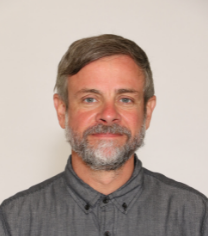 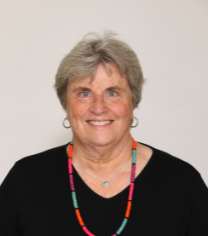 The Buchanan Initiative for Peace and Nonviolence (BIPN) engages Avila’s academic community and stakeholders throughout the region to interrogate harms and injustices, elevate the voices of the marginalized, and apply methods for building positive sustainable relationships. The Initiative’s work is consistent with Avila University’s recognition of the “worth, dignity and potential of each human being” and its mission to educate “lifelong learners who make meaningful contributions to the global community.”  The Buchanan Initiative brings students, academics, and activists together to raise a generation that has the nonviolent tools it needs to make peaceful social change possible.

Since the end of World War II, 254 armed conflicts (according to the Uppsala Conflict Data Program) have resulted in millions of deaths, millions of refugees, and massive amounts of suffering. Since the beginning of the War on Terror in 2001, more than 56,400 Americans have been killed in addition to hundreds of thousands of civilian non-combatants in the theaters of Afghanistan, Pakistan, Iraq, and Somalia.

Peace studies is an interdisciplinary field.

At the college/university level, peace studies draws on the work and methodologies of political science, sociology, history, psychology, anthropology, theology, law, philosophy, and other disciplines to address complex questions of war and peace.

Peace scholars and educators seek to:

Peace is more than the absence of war.

Peace is defined as the presence of the conditions necessary for human flourishing, including access to food and water, education for all, security from harm, and other human rights. This idea is rooted in the understanding that a just peace is the only sustainable kind of peace. An approach that seeks only to stop the guns while ignoring human rights and unjust conditions will not work in the long term.

Peace is defined as the presence of the conditions necessary for human flourishing, including access to food and water, education for all, security from harm, and other human rights. This idea is rooted in the understanding that a just peace is the only sustainable outcome. Peace studies education prepares students for a wide variety of careers. Graduates become negotiators, mediators, government officials, educators, business people, activists, and professionals in organizations focused on human rights, dispute resolution, environmental protection, international law, and human and economic development. Peace scholars respond to the issues of the day, including genocide, the nuclear arms race, civil war, religious and ethnic violence, and terrorism. Government officials, the UN, humanitarian agencies, civil society, and the military increasingly draw on the work of peace studies scholars and educators.