The Way to Learn Science is to Do Science

All science students at Avila University must do some type of research. Eligible students may be selected to perform Honors Research or do an internship in a field of interest. The results of these projects will be presented in BI 499 Research Colloquium and Seminar, and Avila’s Student Scholar Day – a campus-wide event.

Students who are not involved in Honors Research or an internship must select a faculty research mentor and enroll in BI 492 (Biology Literature Research) or BI 493 (Biology Research) prior to the spring of their senior year. These students will perform an extensive library research project under the guidance of their mentor. This project will take the form of a review article and will be evaluated by the research mentor. The results of this research will be presented in oral form in BI 499 Research Colloquium and Seminar.

All members of the Biology Department have ongoing research interests in which students may become involved.  Examples include:

“Avila University provided opportunities to strengthen my faith, work in mentored relationships with faculty who truly care and value their role, while achieving academic excellence.”

The Biology Honors Program is designed to identify and promote individual accomplishment through directed independent research. Biology majors with a minimum overall GPA of 3.3 and a minimum GPA in biology of 3.1 may receive a formal invitation from the Biology Department to apply in the spring of their sophomore year or the fall of their junior year.

The honors candidate should do the following:

1. Reach an agreement with a faculty mentor and begin planning a research protocol no later than the fall semester of the junior year.
2. Register for 1 credit of Research I (BI 493) no later than the spring semester of the junior year.
3. Prepare an application to the Honors Program, including a research proposal, to be submitted to the mentor during the spring semester. This proposal is evaluated by a screening committee prior to the semester’s completion.  The proposal shall include:
a) the student’s transcript;
b) a tentative curriculum schedule for the remainder of the student’s undergraduate program;
c) the main body of the proposal should include:

i) an abstract of the proposal;
ii) justification and rationale for the research;
iii) a literature review;
iv) a detailed description of the proposed research;
v) a research timetable.

4. Approved students shall enroll in BI 493 Biology Laboratory Research no later than the fall of the senior year (up to 6 credits) and BI 499 Research Colloquium and Seminar in the spring of the senior year.
5. When the research is completed, students shall write and submit a thesis. The thesis format shall be specified during the BI 493 course. It will be due at the beginning of the 10th week of the spring semester of the senior year.
6. Students will present their research in oral form to the science faculty and students at the end of the spring semester of the senior year (or when BI 499 is completed). A poster presentation may be given at Avila’s Student Scholar Day during that semester.
7. If all criteria are met, an honors candidate will be awarded honors at Honors Convocation and the award will be announced at Commencement. All honors candidates are strongly encouraged to present their findings at a scientific meeting.

The following titles, listed alphabetically by author, represent a collection of works that have had a significant impact on the life sciences, provide useful insights for professional biologists, or are merely informative or fun. This list is not meant to be comprehensive, but merely reflects the backgrounds and biases of the Avila biology faculty. We encourage biologists-in-training to explore some or all of these volumes as they advance in their education.
Darwin, Charles. 1839. Voyage of the Beagle.
In many ways, this is the most insightful of Darwin’s many works (serious students should read many, if not all of the others).  Especially with an awareness of what Darwin was to accomplish later in life, this fascinating book provides insights into who Darwin was and into the world in which he lived.  Many editions are available, a particularly nicely abridged edition is available in paperback as a Penguin Classic by Penguin Books (1989).

Judson, H.F. 1979. The Eighth Day of Creation.
This book continues to be the definitive historical review of the research that shed light on the mechanisms of heredity. It contains background from interviews with actual participants over the course of the last century. It is published by Simon and Schuster.

Keller, Evelyn Fox. 1983. A Feeling for the Organism: The Life and Work of Barbara McClintock
An account of the struggles and triumphs of one of the best known geneticists this century. The book is short, but with enough depth to provide the reader with an appreciation for McClintock’s work.   Freeman publishes this in paperback.

Leopold, Aldo. 1987. A Sand County Almanac.
First published in 1949, it combines a wonderfully written account of the author’s observations of nature with thoughts and opinions about human’s relationship with their environment. The book is available in paperback from Oxford University Press.

Leroi, Armand M. 2003.  Mutants.
An examination of the effects of dramatic mutations on the human organism throughout history. This book relates historic anecdotes with modern developments in human genetics. It is highly readable and is published by Penguin Books.

Lorenz, Konrad Z. 1952. King Solomon’s Ring: New Light on Animal Ways
A delightfully readable classic in what was then the embryonic discipline of animal behavior.  Although some of the work seems antiquated by modern standards, the insights are timeless.  The original translation from German may still be available in either hard- or paperback by Thomas Y. Crowell Co.

MacArthur, Robert H., and Edward O. Wilson. 1967. The Theory of Island Biogeography.
A classic product of a collaboration between an ecologist and a systematist, this little book established island biogeography as a serious discipline in its own right. A paperback edition by the Princeton University Press should still be available.

Margulis, Lynn, and Michael F. Dolan. 2002. Early Life: Evolution on the PreCambrian Earth. 2nd edition.
An overview of early life with a presentation of the endosymbiotic hypothesis for the origins of eukaryotic cells. Published by Jones and Bartlett, the book is quite expensive, but used copies are readily available at a reasonable price.

Mayr, Ernst. 1963. Animal Species and Evolution.
If a historical perspective is ever of any value, this is a book every evolutionary biologist should read.  Although Mayr’s perspectives are limited by the information available to him at the time, and his views have been superseded by many more recent advances in the field, this summary of what was then known is invaluable. Originally published by the Belknap Press of Harvard University Press, other editions may be more available.

Mayr, Ernst. 1982. The Growth of Biological Thought: Diversity, Evolution, and Inheritance.
A  must-read history of biology from antiquity to the present. Published by Belknap Press of Harvard University Press.

Moore, J.A. 1993. Science as a Way of Knowing-The Foundations of Modern Biology.
A well-written discussion of evolution and modern biology.  The book is published by Harvard University Press.

Quammen, David. 1996. The Song of the Dodo: Island Biogeography in an Age of Extinctions.
A series of essays by an unusually perceptive amateur naturalist provide insights into issues of biodiversity in a readable manner seldom encountered in the more technical literature. A hardback is available from the Scribner publishing company.

Sayre, Anne. 1978. Rosalind Franklin and DNA.
This book should be read immediately following Watson’s The Double Helix. It gives a more multi-dimensional portrayal of a scientist who made substantial contributions to the greatest biological discovery of the century: the structure of DNA. The book is published in paperback by W.W. Norton & Co.

Tinbergen, Niko. 1951. The Herring Gull’s World, A Study of the Social Behavior of Birds.
This is a classic study of animal behavior. Bird lovers will be fascinated and every biologist will be interested. Originally published in 1960, a 1971 paperback reprint by Harper and Row may still be available.

Watson, James D. 1968. The Double Helix:  A Personal Account of the Discovery of the Structure of DNA.
An unusually insightful glimpse into the scientific process, albeit from a highly biased participant.  A particularly interesting edition, with the original text, commentaries, reviews, and transcripts of the pertinent original publications, is available in paperback as a Norton Critical Edition, W.W. Norton & Co. (1980).

Weiner, Jonathan.  1995.  The Beak of the Finch.
An account of Peter and Rosemary Grant’s 20 year research program on finches in the Galapagos islands.  The Grants’ work is related to Darwin’s observations of these birds and their selection. It is a terrific account of evolution in action.  This is published by Vintage.

Weiner, Jonathan.  2000.  Time, Love Memory.
This is a fascinating account of the life and work of geneticist Seymour Benzer. Weiner has the ability to explain challenging concepts to the lay person and weaves revelations of the work of this extraordinary individual.  Available form Vintage Publishers.

Wilson, Edward O. 1992. The Diversity of Life.
An essay on the resilience of life, the state of biodiversity, and the impact of human activities.  Originally published by Harvard University Press, a paperback volume is available from W.W. Norton & Co.

Wilson, Edward O. 1995. Naturalist.
A fascinating autobiography of one of the great naturalists of the century. Tracing his early boyhood interest in biology to the present, Wilson gives insights into many of the guiding principles of modern biology. The book is available in paperback by Warner Books.

The Biology Department is located in O’Rielly Hall, a state-of-the-art science and teaching complex. 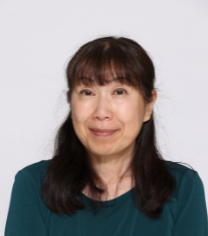 Go back to the top
Front Page