“As Avila’s Artist-in-Residence, my main objective is to bring visibility to the university’s Creative Writing emphasis in the English major. The writing of poetry, short stories, and plays is an extremely popular pursuit by more and more professionals, students, and the general public in the contemporary world. Even before coming to Avila, I took on the cause of broadening the audience for writers in all genres.

Further, as Artist-in-Residence, I am joining a great tradition of artists who believe strongly that the world needs and must know about the importance of the imagination as it relates to Creative Writing. As a result, I see myself as an ambassador for Avila to the community, state, and nation. I know Avila’s Creative Writing students will go on to be serious professional writers. Finally, it is my intention to create a reputation for Avila as a place that allows one’s creative muse to flourish.” — Stanley Banks

A Black And Blue Woman
She hates being the head
of the house,
would rather blast the radio loud,
let B.B. King pick her troubles away.
When two policemen woke her
in the middle of the night
with news that her youngest son
had been murdered,
she got mad with B.B. King
for twenty-four hours straight.
Three months later her husband
of twenty-five years
was found bled to death
with two bullet wounds
in his throat and neck
made by a Saturday Night Special.
When a doctor called
to tell her what had happened,
she cursed him and the males
in her family,
slammed down the telephone receiver,
ripped open a can of beer,
fussed with God,
pleaded for B.B. King
to wail away her deep, dark blues.

Carl
Blown into two pieces
by a blast from a sawed-off shotgun;
that’s all his family
can remember sometimes.
Newspaper articles were written
as though he were born
a vicious street punk.
But, this fragile gangster
with a chipped front tooth
and ears that seemed
bigger than his head
never got the chance
to mature into
a good citizen.
In a photograph of
him at age four,
that his mother sleeps with
under her pillow,
he has vanilla ice cream and snot
smeared from chin to forehead
while walking gently
with a load
in the seat
of his pants.

America Are We Safe, Were We Ever
Will we ever let America
Be true to her huddled masses?
Why do we glorify myths,
stereotype the least amongst us,
get outraged only by
some atrocities?
America, is a little starving,
some homelessness,
factions of racism tolerable?
Are we safe among ourselves?
Will a jail on every corner
be enough?
Can our pop musicians play
our troubles into oblivion?
Can we be truly free
if a few do away with liberties
they think unnecessary?
Will it matter in the
21 st Century if the
O’s in the ozone are massive,
if the planet is a
totally polluted place,
if hazardous waste makes all of us
other kinds of human beings?
Should we count on scientists
producing enough genetically
perfect human beings?
Maybe one day our lives
will be fairy tales—
the Brothers Grimm our gods,
and even then can any
of us guarantee that
the bogeyman won’t visit. 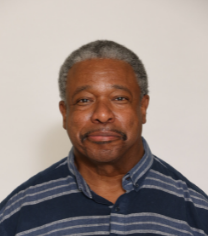