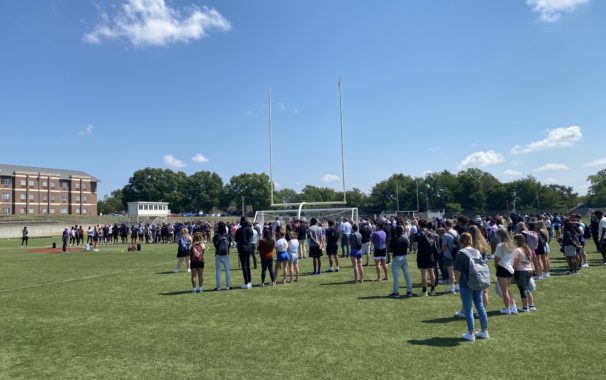 It is with great sadness that Avila University Athletics announces today, August 24, 2022, that student-athlete Justin Barbee has passed away after a car accident in Belton, Missouri, on Tuesday night. He was 21 years old.

“Today, we mourn the loss of a talented young man, who competed in the classroom as well as on the football field,” Avila University Director of Athletics Shawn Summe said. “Justin was a good friend and committed teammate. We pray for Justin, his family and friends, his teammates and coaches, and the Avila University family. Justin will be missed throughout the Avila community.”

Three other Avila student-athletes were involved in the accident Tuesday night that occurred shortly before 10 p.m. Three total cars were involved, according to Belton police. One other Avila student was injured in the crash and was transported to a hospital overnight; he has already been released and is expected to make a full recovery. The other two passengers in that vehicle were thankfully unharmed.

A Chicago native, Barbee was in his third year as a student at Avila and was a running back on the Avila football team. Barbee set personal bests on the field with 16 carries for 54 total yards in seven appearances in 2020.

“Justin was a great team player and young man,” head football coach Marc Benavidez said. “He had an infectious smile and personality. He was someone you always knew would do the right thing and what was best for the team. We are deeply saddened and appreciative of all that he was able to do for our university and program.”

A celebration of life in honor of Justin took place on the field at The Zarda Family Multisport Complex on the Avila campus at noon on Wednesday. Even though this tragic event coincided with the university’s first day of classes in the fall semester, hundreds of members of the Avila community came out to the event, which was hosted by Director of University Mission and Ministry Dave Armstrong.

In addition, Orscheln Chapel in Foyle Hall was open and staffed all day Wednesday for any member of the community in search of prayer and counseling. Plans for further counseling availability will be released in the near future.

Avila University asks that you keep Justin’s family, friends, coaches and teammates, and everyone else who is grieving his loss in your hearts at this difficult time.