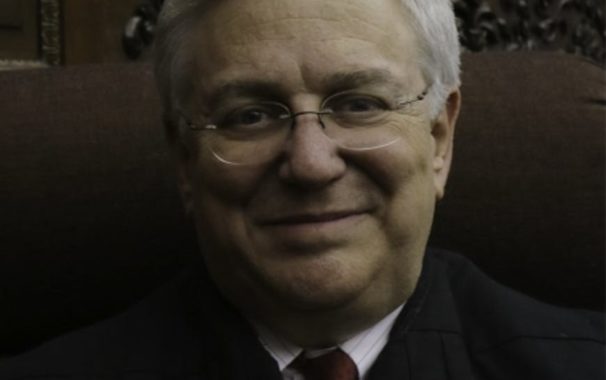 Unexampled Courage focuses on Sergeant Isaac Woodard, a returning, decorated African American veteran who on February 12, 1946, was removed from a Greyhound bus in Batesburg, South Carolina, after he challenged the bus driver’s disrespectful treatment of him. After his arrest, he was beaten and blinded in custody, outraging then-president Harry Truman.

In response, Truman established the first presidential commission on civil rights and his Justice Department filed criminal charges against the local police chief who beat Woodard. An all-white South Carolina jury acquitted the police chief, but the presiding judge, J. Waties Waring, was conscience-stricken by the failure of the court system to do justice by the soldier. Waring described the trial as his “baptism of fire,” and began issuing major civil rights decisions from his Charleston courtroom, the same courtroom over which Gergel now presides.

Gergel’s book details the impact of the blinding of Sergeant Woodard on the racial awakening of President Truman and Judge Waring and traces their influential roles in changing the course of America’s civil rights history. Following Gergel’s talk in the Goppert Performing Arts Center, there will be an interactive workshop about socially responsible action steps beginning at 4:45 and a catered dinner featuring black-owned catering partners at 6 p.m. For more information, please visit the Truman Lecture Series homepage, www.avila.edu/truman.