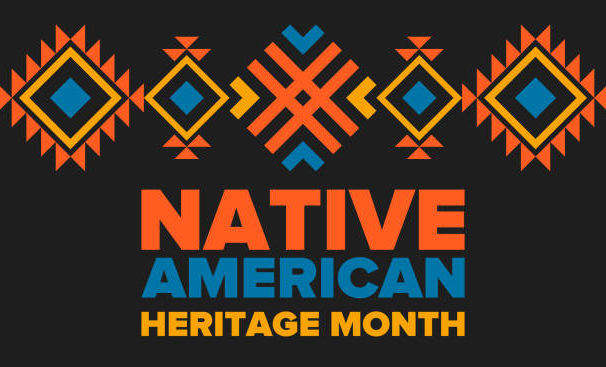 A campus message from Ronald A. Slepitza, Ph.D., CSJA and president of Avila University

Often referred to as American Indian and Alaska Native Heritage Month, November is a time to celebrate the rich and diverse cultures, traditions, and histories and as well to acknowledge the important contributions of Native people.

While November is Native American Heritage Month, it is also the month many people in the United States celebrate Thanksgiving.  While it’s tempting to focus on the familiar archetypes of pilgrims and Indians, the reality of and for Indigenous people is far more complex. Thanksgiving is a grieving time for many Native Americans because of the various massacres that occurred exactly around this time frame.  Recognizing this, Native American Heritage Month is an opportune time to educate ourselves about tribes; to raise general awareness in our communities about the unique challenges Native Americans have faced both historically and in the present; and as well the ways in which tribal citizens have worked to conquer these challenges

We came to recognize this month when on August 3, 1990, then-President George H. W. Bush declared the month of November as National American Indian Heritage Month. The bill read in part that “the President has authorized and requested to call upon Federal, State and Local Governments, groups, and organizations and the people of the United States to observe such month with appropriate programs, ceremonies, and activities.” This landmark bill honoring America’s tribal people represented a major step in the establishment of this celebration which actually had its genesis in 1976 when a Cherokee/Osage Indian named Jerry C. Elliott-High Eagle authored Native American Awareness Week legislation the first historical week of recognition in the nation for native peoples. This led to President Reagan’s proclaiming November 23-30, 1986, as “American Indian Week.  If you would like to know more about the history of these designations and other events celebrating Native American Heritage, please visit https://nativeamericanheritagemonth.gov.

Last month in recognition of Indigenous People’s Day, we initiated conversations with the Kansas City American Indian Center to explore how Avila may best recognize, honor, and build right relationships with those who originally inhabited the lands where Avila is currently located as well as with the land itself.  The first step will occur through a Land Recognition and Acknowledgement Statement that expresses our sincerest sentiments.  We also intend to further evidence our sincerity through discussion, dialogue, and making specific plans for honoring the contributions of Native Americans who once occupied this land.  By all means, expect to hear much more about this going forward and if you would like to be part of this initiative, I invite you to contact Dr. J. Anthony Snorgrass VP, DEI.

One thing that is certain about November’s multiple celebrations and holidays is that we need to be willing to communicate about what these holidays commemorate to each of us. Of course, these may be difficult conversations to have but they are necessary so we can do our very best to acknowledge the many often-ignored contributions of others.

The Office of Diversity, Equity & Inclusion working with the DEI Celebrations & Observations Committee and students in the CO 380 Digital Advocacy will be bringing you stories of interest throughout this month via Avila’s website and our Canvas Learning Management System.

The Heart of America Indian Center also known as Kansas City Indian Center is the only multi-purpose social service agency for American Indians in Kansas City.  If you would like to get involved as a member or volunteer and join in encouraging the social, educational, and economic advancement of the American Indian community please contact them directly at https://kcindiancenter.org/.  Also, let me know of your interest in becoming a member of the Kansas City Indian Center as the Avila University DEI Program will assist in underwriting your individual membership for current employees.