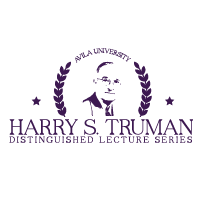 Reggie Shaw, subject of the bestseller A Deadly Wandering, will deliver the 2019 Harry S. Truman Distinguished Lecture at 3:30 p.m. on October 14 in the Avila University Athletic Pavilion.

As a teenager, Shaw struck and killed two scientists in Utah in 2006 while texting and driving, subsequently admitting his guilt despite not remembering the incident occurring. The causes and aftereffects of this accident inspired Pulitzer Prize winner Matt Richtel to cover the trial in a series of articles appearing in the New York Times, collected together in A Deadly Wandering.

“The Truman Lecture Series provides our students and community an opportunity to meet and hear from inspiring individuals who have made a significant impact on the world,” said Sue Ellen McCalley, chairman of the Truman Lecture Series. “Reggie’s powerful story speaks to the importance of being responsible users of technology, specifically as it relates to texting and driving, something that many people do without considering the potential consequences.”

The Truman Distinguished Lecture Series began in 1971 when former President Harry S. Truman gave his stamp of approval for Avila University (then Avila College) to offer a lecture series in his name. Later that year, the first Truman lecture was delivered by David E. Bell, vice president of the Ford Foundation and Truman’s first administrative assistant. The 2018 Truman Lecture was given by William Kamkwamba, author of The Boy Who Harnessed the Wind.

Following the talk from Shaw, he will be available during a public reception and book signing from 4:30-5:30 p.m. For more information, please visit the Truman Lecture Series homepage, www.avila.edu/truman.