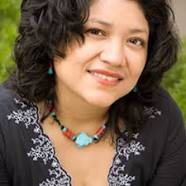 (September 12, 2017) KANSAS CITY, MO – Award-winning novelist and memoirist, Reyna Grande, will deliver the 2017 Harry S. Truman Distinguished Lecture on October 18 on the campus of Avila University. Grande will speak on her memoir The Distance Between Us, which tells the story of her journey to America when her father brought her to the United States illegally.

Grande was two when her father left the family in Mexico and crossed the border into the United States, hoping to earn enough money to build a home in Mexico when he returned. He later sent for their mother, but left Reyna and her siblings, who suffered a great hardship under the unforgiving hands of their father’s mother. Abandoned by both parents, the three endured but longed for the return of their mother and father. After an eight-year absence, her father took the children with him across the border.

Grande will speak in Avila University’s Goppert Theatre and the public is invited. Avila University is located at 11901 Wornall Road, Kansas City, MO 64145. Go to www.www.avila.edu/truman for details and to make a reseervation.

In 1971, former President Harry S. Truman gave his stamp of approval for Avila University (then Avila College) to offer a lecture series in his name. Later that year, the first Truman lecture was delivered by David E. Bell, vice president of the Ford Foundation and Truman’s first administrative assistant. The 2016 Truman Lecture was given by Carolyn Maull McKinstry, author of While the World Watched: A Bombing Survivor Comes of Age During the Civil Rights Movement.