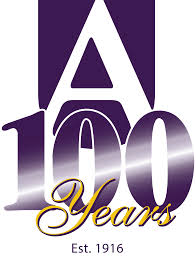 Angela Heer, vice-president of advancement and external relations at Avila University, has been named this year’s recipient of the Excellence in Fundraising Award by the Mid-America chapter for the Association of Fundraising Professionals. The award ceremony was held on National Philanthropy Day, November 15 in the Olson Performing Arts Center.

The Association of Fundraising Professionals, widely regarded as the standard-bearer for fundraising professionals, is the association of individuals responsible for generating philanthropic support for a wide variety of nonprofit and charitable organizations. The Excellence in Fundraising Award is given in recognition of an individual or organization whose lifetime or long-term achievements have made a significant impact upon society.

Heer has been at her post with Avila University since 2011. Prior to Avila, she spent 10 years at Harvesters – The Community Food Network, first serving as Annual Giving Manager, then as Director of Development.

In just 5 years at Avila, Heer has overseen significant growth in fundraising for the university and has led efforts to increase Avila’s endowment during the largest campaign in Avila’s history. Avila president, Ron Slepitza, Ph.D., CSJA is grateful for having Heer at Avila. “Excellence in fundraising is about meeting and exceeding expectations, building great teams and developing talent, collaborating and building a culture of philanthropy,” Slepitza said. “Angie Heer does all these things – and she does them exceptionally well. Even more important, instead of thinking of it as her profession, she thinks of it as her calling.”

“At Avila, Angie has helped align fundraising goals with the mission of the institution,” Deanna Nelson, the senior director of development said. “Donors tell me Angie’s focus goes beyond the dollars, and she works to build a genuine, rock-solid relationship with them,” Nelson continued. “These donors, in turn, have responded with record generosity of their treasure, yes, but also their time and talents. She has accomplished all of this, and so much more, while standing in the background and pushing her team members, cause and organizations forward to receive the praise and recognition.”