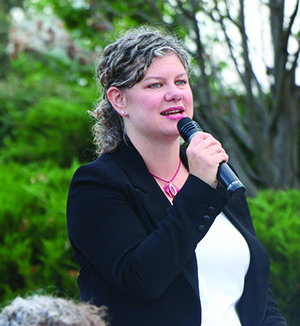 Music department chair shares her hopes for the University Singers ensemble performing in St. Peter’s Basilica during the summer of 2016

“To sing inside St. Peter’s Basilica in Vatican City is a true honor. We have been working for six years to return,” says Bryson. In the spirit of unity, she hopes to reunite her 2009 Rome ensemble alumni with her upcoming Rome 2016 ensemble students to learn from one another and share the spirit of Avila.

According to Bryson, singing alongside her students gives her the opportunity to be a better teacher. Looking back at her 16 years at Avila University, she said, “Avila is a great place. Many things have allowed us to change and grow. I believe that the future looks great.”

With much excitement in the air, students have created an official countdown to Rome 2016. Follow their journey on Facebook (Avila University Music Department) and Twitter (@avilaumusic).